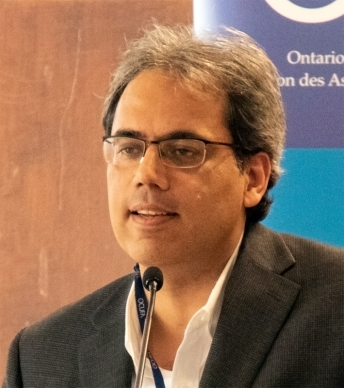 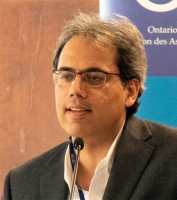 TORONTO – The Ontario Confederation of University Faculty Associations (OCUFA) is pleased to announce the appointment of its 33rd president – Rahul Sapra, Associate Professor of English in the Faculty of Arts at Ryerson University. Sapra officially began his two-year term on July 1, 2019.

“OCUFA is a dynamic organization that collaboratively works with faculty and academic librarians across Ontario to advocate for their rights and promote excellence in higher education,” said Sapra. “I am honoured to lead OCUFA as we continue to strive for a better postsecondary education system in Ontario.”

Sapra was the Vice-President of OCUFA from 2017-19 and Vice-President (External) of the Ryerson Faculty Association (RFA) from 2014-2018, where he served on several RFA committees. Before joining Ryerson, Sapra worked as a tenured Lecturer at S.G.T.B Khalsa College, University of Delhi. He received his PhD from Queen’s University, Ontario. Sapra’s research focuses on European Renaissance literatures, Postcolonial studies, and world cinema.

OCUFA would also like to extend its sincere gratitude to outgoing President Gyllian Phillips, who served the organization as a principled and distinguished leader since her appointment in 2017.

“Gyllian has been an inspirational leader who successfully guided OCUFA through two years of significant transition that witnessed repeated political attacks on faculty and the integrity of Ontario’s postsecondary education system,” Sapra said. “The fight is not over, and I hope to follow in her footsteps as we continue to take on these challenges. A big thanks to Gyllian for her incredible work!”

For more information or to arrange an interview, contact:
Ben Lewis, Communications Lead at 416-306-6033 or blewis@ocufa.on.ca