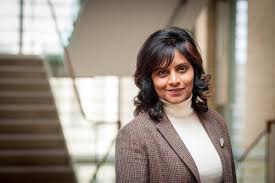 Universities everywhere have a competition fetish. There is a modern-day magical belief that competition will provide the solutions to all of the unsolved problems of higher education, protect against risk, and drive up quality. Drawing on insights from anthropology and political economy, the term fetish is used to describe an irrational belief in the quasi-magical powers of competition and the need to transform relations between people into relationships between things. This year’s Worldviews Lecture on Higher Education will explore the varieties of competition in higher education; the material, social and psychological animators of competition; and the consequences of these processes on global wellbeing. The view that there is no alternative to competition will be countered by highlighting global wellbeing trailblazers and by introducing potential new visions for higher education and alternative ways in which it can be organized.

This event was webcast live on April 13.
View video footage of the Worldviews Lecture 2016 HERE