On Saturday, October 20 and Sunday, October 21, OCUFA held its first Board of Directors Meeting of the 2018-19 academic year. The weekend oriented new board members to OCUFA and allowed members to discuss the results of the 2018 provincial election and what it could mean for Ontario’s universities. With that context, members reviewed OCUFA’s priorities for the academic year: good jobs, university funding, and capacity building. On Saturday, during a special lunchtime reception, board members and colleagues celebrated the winners of the 2018 OCUFA Teaching and Academic Librarianship Awards.

The election of Doug Ford’s Progressive Conservative (PC) government will mean new challenges in the years to come. With announcements requiring universities to draft free speech policies and cancelling funding for expansion campuses in the GTA, the Ford’s government has shown they not only have different interests than the previous government, but do not believe in consulting with sector stakeholders or the public before making significant decisions. OCUFA’s priorities for the 2018-2019 year have been strategically framed in ways most likely to gain traction with the new government, and particular attention has been paid to areas where the new government is most likely to be active.

Advocating for good jobs has been one of OCUFA’s long-term goals and has taken on particular urgency in recent years as the nature of academic work has shifted dramatically. Research suggests the number of courses taught by contract faculty at Ontario universities has doubled since 2000 and at least 58 per cent of faculty are now working on contract. With full-time faculty hiring lagging behind student enrolment, workload and faculty complement have also emerged as key challenges. Delivering fairness for contract faculty and committing to faculty renewal will create more good jobs on our campuses and ensure students have access to the quality learning experience they deserve. To this end, OCUFA intends to:

Strong public funding for universities is necessary to support excellence in teaching and research, and accessible postsecondary education for Ontarians from diverse backgrounds. Yet, over the past few years, the Ontario Budget has not included any new public funding for universities. As a result, Ontario’s universities continue to trail the rest of the country in per-student funding for the eighth consecutive year. Given the savings the current Progressive Conservative government claims are needed to balance the budget, proposals to cut postsecondary education might come sooner than later. Already, the government has announced the defunding of four university campuses, the latest being the proposed new francophone university. Faculty at Ontario’s universities are already trying to do more with less and further cuts will threaten the quality of education available to students. The new government has also indicated a strong interest in expanding outcomes-based funding and it is likely that the component of “at risk” funding tied to performance outcomes will increase. With that in mind, during the next year, OCUFA intends to:

Ontario’s university faculty face serious challenges in their workplaces, including too few faculty to do the work, and too many precarious jobs at underfunded universities. OCUFA continues to support member associations with capacity building strategies that can be leveraged to produce stronger unions and a university labour movement able to more effectively tackle these problems. This includes building committees and networks within faculty associations that bring together contract faculty and sessional members who are directly impacted by precarious work, and building solidarity between contract and full-time faculty members. 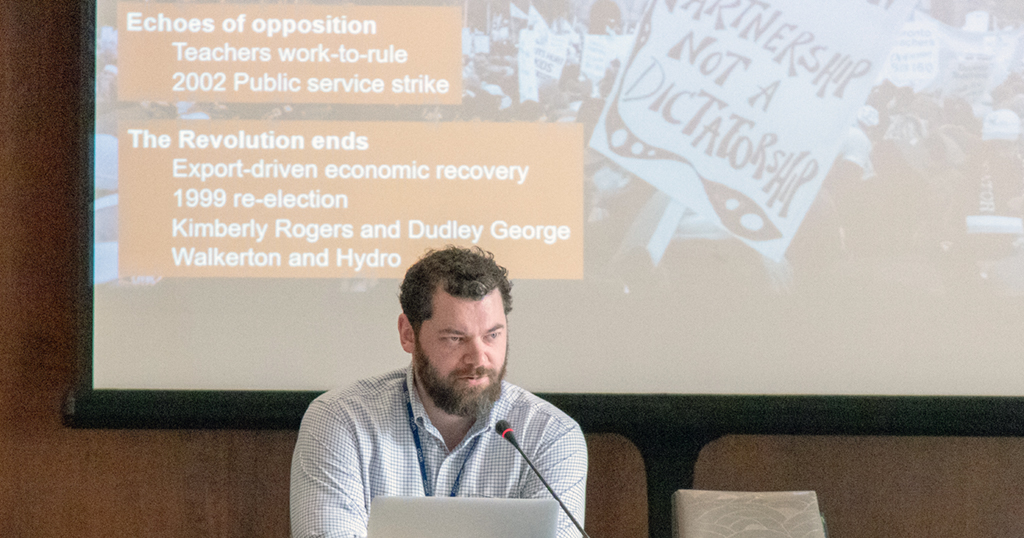 Reflecting on the new political reality in Ontario

During a special presentation, Doug Nesbitt, founding editor of RankandFile.ca, detailed the resistance to the populist PC government of Mike Harris in the late 1990s. Nesbitt, drawing on academic research he has done for his PhD, spoke about the lessons learned from the Harris years and how they could inform the political strategies employed by OCUFA. The presentation was followed by a session in which board members broke out into groups and engaged in substantive discussions about how they believe Ontario’s faculty can most effectively influence the current Doug Ford government. 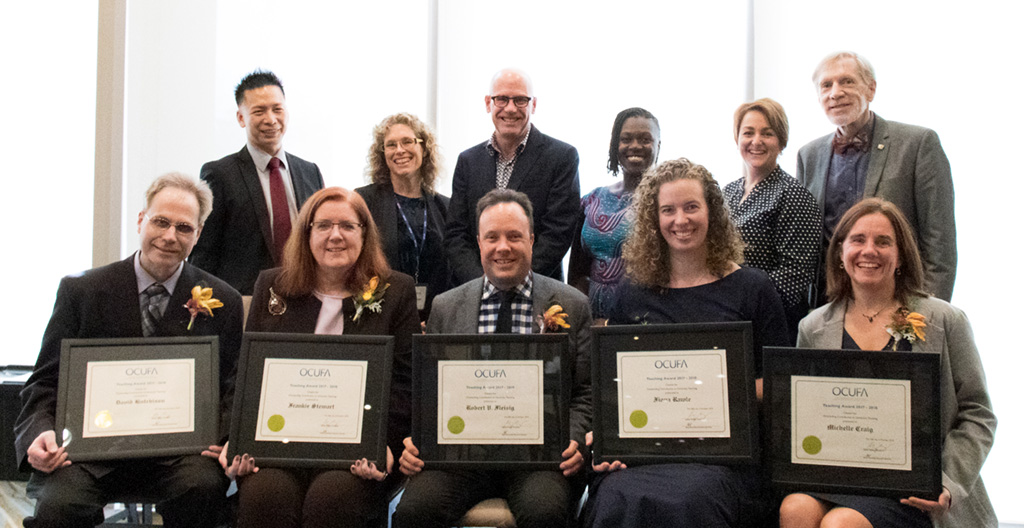 Finally, a special luncheon gala celebrated the recipients of this year’s Teaching and Academic Librarianship Awards. Since 1973, these awards have recognized the exceptional contributions made by professors and librarians to the quality of higher education in Ontario.

The next OCUFA Board of Directors Meeting will be held February 9-10, 2019.