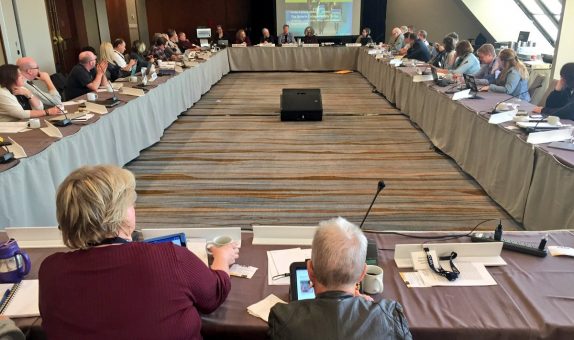 On Saturday, October 19 and Sunday, October 20, OCUFA held its first Board of Directors meeting of the 2019-20 academic year. The weekend oriented new board members to OCUFA and allowed members to discuss the implications of the Ford government’s attacks on public postsecondary education in Ontario.

During the meeting, there were special presentations on two of Ford’s reckless schemes: the proposed shift to performance-based funding and the Student Choice Initiative. Taking stock of Ontario’s political landscape, members chose to continue focusing on good jobs, university funding, and capacity building as OCUFA’s priorities for the year.

On Saturday, during a special lunchtime reception, Board members and colleagues celebrated the winners of the 2019 OCUFA Teaching and Academic Librarianship Awards, which featured a touching speech by special guest, Robert Fisher.

Following a year of attacks on Ontario’s public services, including postsecondary education, the Ford government’s popularity has been dwindling and they have been forced to walk-back several of their ill-considered austerity measures. While it is unlikely Ford will become more reasonable in the year ahead, it has become clear that his government can be pressured to walk back some of their announcements. With that in mind, OCUFA has chosen to maintain its focus on the most high-profile needs at Ontario’s universities: good jobs and increased public funding.

Unfortunately, despite a new Minister of Colleges and Universities, the government continues its refusal to meet with any sector stakeholders other than university administrations. This makes OCUFA’s third priority for the year all the more important: build capacity across Ontario to put pressure on this government to withdraw its damaging policies and proposals.

Advocating for good jobs has taken on particular urgency under the current government. With the introduction of Bill 124 on June 5, Ford made clear the government’s intent to cap broader public sector compensation increases at one per cent per year. This legislation is an attack on the right to free and fair collective bargaining, a threat to pay equity and benefits for contract faculty and other marginalized workers, and an erosion of the foundations of Ontario’s important public services. Further, because faculty members are employed by and negotiate their contracts with universities, not the provincial government, this legislation would violate university autonomy.

More broadly, OCUFA continues to advocate for a postsecondary education system where every academic job is a good job with fair compensation, reasonable workloads, access to benefits, and job security. Delivering fairness for contract faculty and committing to faculty renewal will create more good jobs on our campuses and ensure that students have access to the quality learning experience they deserve.

OCUFA has held a long-standing goal of increasing public funding for universities to support high-quality postsecondary education in Ontario. Unfortunately, the Ford government’s April Budget introduced a drastic move towards tying funding to market-based “performance” outcomes. This would mean that, by 2024-25, 60 per cent (an estimated $2.2 billion) of university funding would be based on their ability to meet certain performance targets prescribed by the government.

To put it plainly, the Ford government is not qualified to evaluate postsecondary education, and this is demonstrated by the arbitrary performance metrics they have chosen to use when making decisions about university funding. These metrics were chosen with no consultation and, instead of measuring performance, will likely lead to university budget cuts and greater inequities across the system.

This rash and drastic funding shift will create a system of winners and losers by exacerbating inequities between institutions, destabilize Ontario’s postsecondary education system, work against quality improvement, pose a serious threat to equity and diversity at Ontario’s universities, and punish students studying at institutions that have already seen their budgets reduced by the Ford government.

In a presentation on the new funding model, OCUFA Community and Government Relations Policy Analyst Mina Rajabi Paak provided an update on timelines and details for the frameworks implementation, as well as the work OCUFA is doing to push back against this dangerous approach to university funding.

In recent years, OCUFA has put more emphasis on capacity building and political organizing in the service of the priorities identified by Ontario faculty. Ultimately, the power to effect change comes from the capacity of faculty to mobilize their colleagues and other members of the university and broader community. 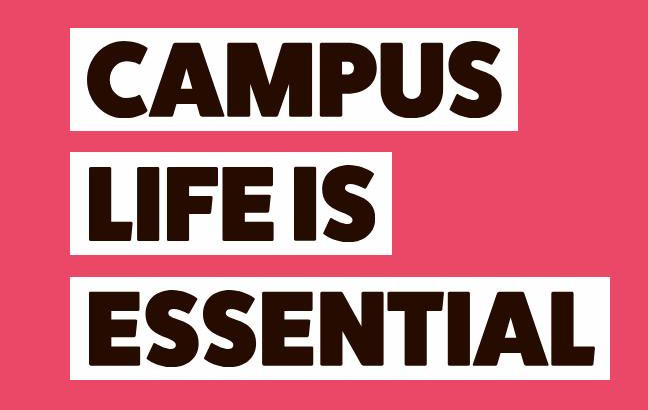 Examining the implications of the Student Choice Initiative

During a special presentation, Felipe Nagata, Chairperson of the Canadian Federation of Students-Ontario (CFS-Ontario), and Kayla Weiler, National Executive Representative for CFS-Ontario, provided an update on the impacts of the Ford government’s Student Choice Initiative (SCI).

Introduced in January, the SCI requires institutions to provide an opt-out option for “non-essential services,” which include democratically determined student union dues and student newspaper fees. As Nagata and Weiler noted, this represents a direct attack on student rights, student unions, and student press on our campuses.

Student unions have started their academic year with extreme uncertainty about their operating budgets, unsure of whether or not they will be able to provide many of the important services and activities their members have come to rely upon. In the past month, many of these services have been cut or scaled back, and many student staff positions eliminated.

In response to the SCI, CFS-Ontario has partnered with the York Federation of Students to launch a legal challenge seeking to demonstrate that the government lacks the authority to implement and enforce the directive and that the SCI should be withdrawn.

OCUFA continues to support CFS-Ontario’s resistance to the government’s introduction of the SCI as well as the recent and dramatic cuts to OSAP. 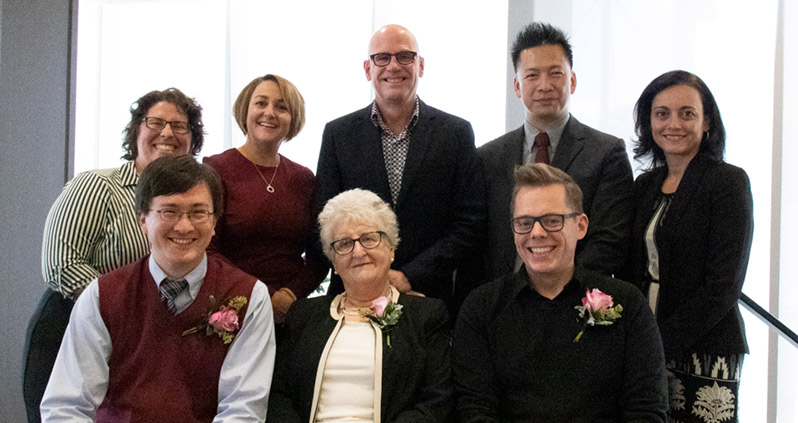 Finally, a special luncheon gala celebrated the recipients of this year’s Teaching and Academic Librarianship Awards. Since 1973, these awards have recognized the exceptional contributions made by professors and librarians to the quality of higher education in Ontario.

The 47th annual awards ceremony featured a keynote address from award-winning journalist Robert Fisher, who provided a touching and humorous account of his journey through postsecondary education and the important role faculty played in shaping his life.

The next OCUFA Board of Directors meeting will be held February 8-9, 2020.