MPP Chris Glover was appointed the NDP Critic for Training, Colleges and Universities on August 23, 2018. In this role, he will be the voice of the Official Opposition on postsecondary issues. 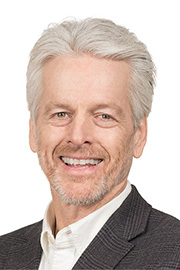 MPP Chris Glover is one of 74 new MPPs elected to the Legislative Assembly of Ontario in June 2018 and represents the riding of Spadina-Fort York. He became politically active as a parent fighting cuts to schools during the provincial governments of Mike Harris and Ernie Eves.

Chris is an educator and has taught at Ryerson Public School, East York Collegiate, Centennial College, and the University of Toronto. Most recently, he was an Adjunct Professor at York University where he taught a course on the history and economics of Ontario through an equity lens. He has a PhD from the Ontario Institute for Studies in Education at the University of Toronto and published a thesis focused on the impact of student debt.

Prior to his election to the legislature, Chris was a two term Trustee for the Toronto District School Board and served on the Toronto Board of Health. As a Trustee Chris is best known for his work advocating for employment opportunities for students with disabilities.